IBM likes wild ducks, so I decided to cook one. That’s not really why I decided to try making duck; it’s just a coincidence. Why I decided to try duck is because I was in Wegman’s, I saw duck breasts, and I had a fleeting inspirational moment. I bought the breasts, put them in the fridge, and pondered the fact that I had no idea how to prepare duck. For 3 days, the duck sat. Finally, I figured I’d better deal with the tail end of my inspiration. So that’s where Chef Watson came in. 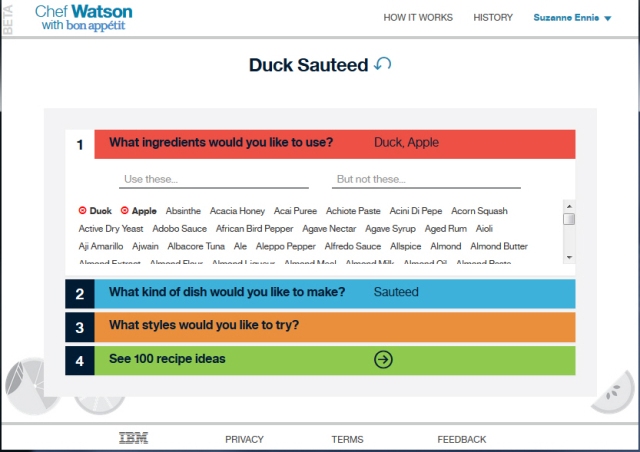 I knew that I wanted to use duck and apples, so I selected those ingredients. I knew I wanted something simple, so I picked Sauteed. I didn’t want to restrict myself to a particular style, so I went straight to See 100 recipe ideas. 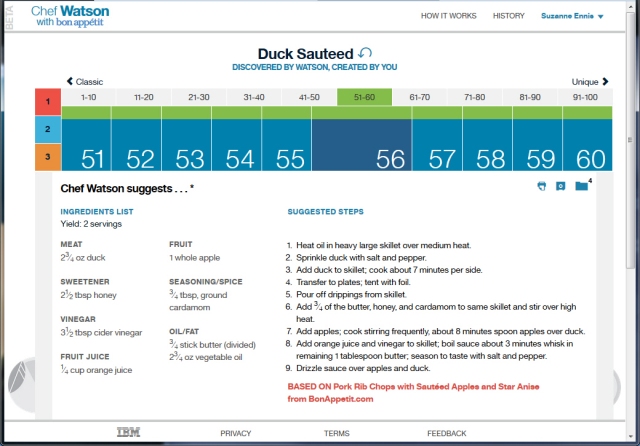 The first 10 recipes had ingredients that I either didn’t like or didn’t have. Ditto recipes 91-100, so I jumped to the middle 50. Recipe 56 looked doable, and the combination of apple and orange had an autumnal appeal.

While prepping the ingredients, I came to the sad realization that I didn’t have any cardomom– I could have sworn I had some, but I either couldn’t find it or else I only imagined it. (Dreams of Cardomom.) The closest ingredient in the spice cabinet was Garam Masala, which contains cardamom, so I figured I’d give it a try. 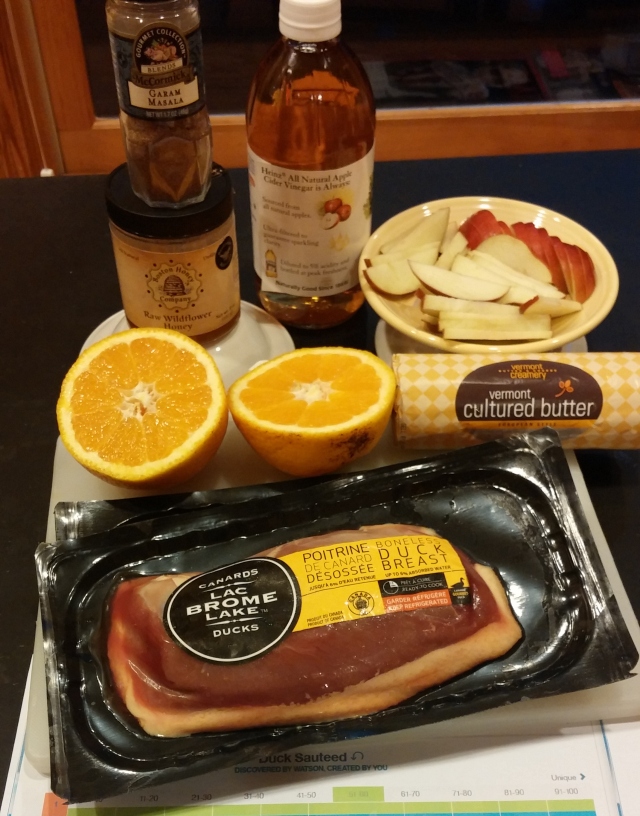 The recipe was pretty straightforward and, unlike some of the other recipes that the Chef has provided in the past, the only ambiguous directive was how to prep the apples: Chop or slice? I decided to go with thin slices for visual appeal. Leaving the skin on added some color and texture. I cut down the amount of butter, because 3/4 of a stick seemed like overkill. I ended up using maybe 3 Tablespoons, which was plenty.

While the duck was cooking, I threw on some orzo because I wanted a neutral complement that was a little heartier than rice but less substantial than the regular ordinary everyday yawn of pasta. 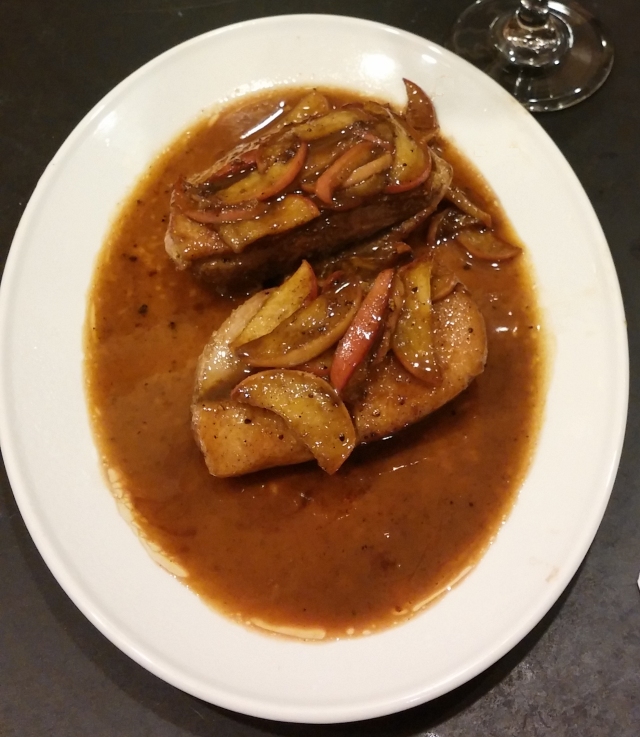 The verdict? Very tasty, nice tang from the cider vinegar, and the apple-orange combo wasn’t too fruit-salady. The honey cut the acidity, and the butter rounded everything out.

I don’t know that much about wine, but I had a Malbec on hand, and it seemed like a good choice to stand up to the duck. Turns out, it was a good choice. Then again, any hearty red wine would be fine. With or without the duck.